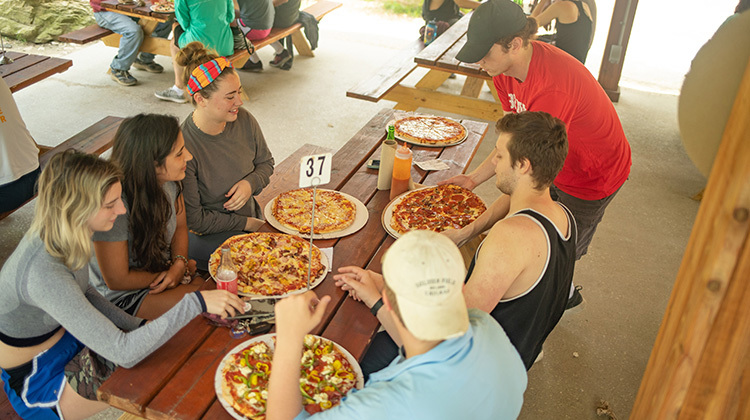 Gen Z: The Next Generation Taking Foodservice by Storm

While millennials continue to be an important customer, another generation is coming behind them in full force. Generation Z is currently the youngest defined generation between the ages of mid-teens and mid-twenties. They comprise approximately a quarter of the total US population, making it an important target for manufacturers, retailers and restaurants alike.

Gen Z is the most ethnically diverse generation so far, with almost half being non-Caucasian. Additionally, despite being more empowered than previous generations to choose where and when to eat, given their young age, many customers belonging to Gen Z are still financially dependent on their parents. Even so, the foodservice industry particularly needs to pay attention to them, especially as they are future customers with the potential to have significant spending power. According to market research company Technomic, the Gen Z customer is more dependent on foodservice than prior generations and has yet to reach peak spending age. As shown below, they already represent a significant opportunity for all day part restaurant occasions compared to the total US population. Technomic predicts that as Gen Z consumers get older and attend college, there will likely be an increase in usage in the breakfast and late-night occasions.

What drives a Gen Z consumer to a restaurant?

Technomic mentions that for 81% of Gen Z patrons, it is craveability that brings them to a restaurant. However, the Technomic study finds that craveability means different things for males and females. While males are more attracted to a “caloric upload” with craveable flavor and options for convenience, females are more likely to look for fast casual or coffee places. However, for both genders visually appealing foods remain important when visiting a restaurant, with a quarter of them taking pictures when eating out. While craveability may mean different things to each gender, Technomic notes that both genders agree that freshness of food, natural, local and made from scratch are all characteristics that are important when visiting a restaurant. Due to their age, they may not prioritize health for another 5 or more years, but foods that combine craveability with healthy cues are likely to be more appealing to them.

It’s also important to remember how close this generation is to technology. They are true digital natives and have never known a world without smartphones, with 85% of them owning a smartphone and nearly 4 in 10 having a tablet. Through these devices they have instant access to any kind of information. They never had to watch or listen to programs at a scheduled time, getting their information about anything instantly, practically since birth. This immediate access provides them with a sense of freedom, security and connectedness, and a feeling that they are empowered with instant access and opportunity to do and create new things, even at a young age. In fact, almost three quarters of them visit restaurant review blogs, which they likely use for sources of inspiration for their next visit, and 57% use a restaurant app likely for reservations and reviews.

Along with Millennials, Gen Z’s are driving delivery and carry out traffic, particularly as you look at digital ordering, both directly from a restaurant’s website/app or via a third-party company. Their use of third-party delivery services is expected to grow as they continue to gain independence and spending power. Compared to older generations, Gen Z customers view delivery more positively and as more of a treat. They are also more likely to order delivery or carryout to avoid dining out alone. To appeal to these digital natives, restaurants must do more than create a convenient app, but position delivery as a fun and relaxing occasion to enjoy.1

Which of following ways have you ordered food from restaurants in the last three months?

Many Gen Z customers are still experimenting with restaurants and finding what they like. In fact, 6 out of 10 Gen Z patrons like to try new flavors from time to time. This is influenced from social media and the extended digital networks that they engage with. Females check their Instagram and Snapchat accounts more than 30 times a week, while males check YouTube the same number of times. Both genders increase their use of Facebook as they age, leveraging it as a simple way to connect across miles in their post education life stage. With this expanded digital footprint, the idea that you need to get out and try new and exciting products is more for “show and share,” and less about being a risk taker. Therefore, as a restaurant owner, finding loyal customers and later converting them into brand ambassadors or influencers is critical.

How do you bring Gen Z patrons to your restaurants and keep them coming back?

Why do cheese prices fluctuate so much?

The cheese markets are a result of the balance – or imbalance – of supply and demand. Read on to further understand what factors play a role in determining the price of cheese.

The Importance of Restaurant Cleanliness

Restaurant cleanliness is more important now than ever before. Read on for a checklist to help you prepare and maintain a clean pizzeria.